We Can Catch Autism Earlier Than Ever, So Why Are We Still Waiting to Intervene? 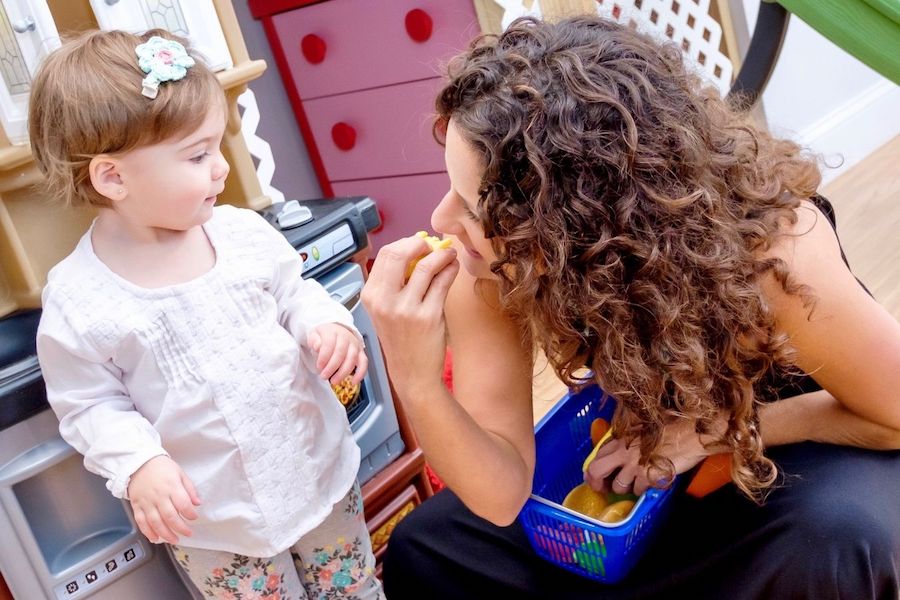 Today, the autism landscape, which is vast (1 in 59 children), is brighter than it used to be.

“Autism outcomes are infinitely better than they were even ten years ago,” says Dr. Michael Alessandri, Executive Director of the University of Miami-Nova Southeastern University Center for Autism and Related Disabilities (CARD). His career in the field spans over 30 years, at the beginning of which, he says, “there wasn’t a lot of hope or optimism. Now, I meet a two year-old and I say, ‘We’re getting him or her ready for kindergarten.’”

For a rising number of children with autism, the goal of joining a typical kindergarten classroom (perhaps with additional support) is not only realistic but increasingly attainable. For those with more severe symptoms the goals may be different, but Alessandri stresses that every individual has potential and can be successful in his or her own way.

Central to optimizing the potential of individuals with autism is intervening as early as possible. Thanks to the work of researchers like Dr. Amy Weatherby (with whom CARD has joined forces), parents and child development professionals can now be on the lookout for pre-verbal red flags at just 9 months of age—a significant leap from the historical practice of screening for autism if a child wasn’t talking by age 2 or 3.

The problem with using speech as a diagnostic benchmark, Alessandri says, is that “a child not talking is a downstream affect of other things that weren’t happening already,” such as using gestures and other nonverbal communication, participating in joint attention, engaging socially with caregivers, and manipulating toys. “There is a repertoire of pre-linguistic communication that is absolutely essential for language and social development.”

For children with autism, spotting these pre-verbal red flags and beginning treatment right away can be pivotal because the first few years of a child’s life are critical for building what the Harvard University Center on the Developing Child calls “the architecture of the brain.”

“The older a child gets and the more time that passes without intervention, developmental gaps become larger and more difficult to close,” says Mandy Alvarez, Founder of Integrated Children’s Therapy in Miami (ICT). “The first 3 years is essential time that can change the course of a child’s life.”

Despite new knowledge about earlier red flags and brain plasticity during the first years of life, many children with autism still miss the early-intervention window.

“It’s puzzling that we know so much more, yet we’re still seeing a delay in referrals before age 3,” says Speech-Language Pathologist Chris Rowlee of ICT.

It’s hard to pinpoint exactly why this gap between knowledge and action exists. Alessandri mentions several possibilities, among them well-meaning medical professionals recommending a wait-and-see approach, denial on the part of the parents, certain religious beliefs, children with autism being misdiagnosed with another disability, or difficulty accessing care due to cultural or socioeconomic barriers.

Alvarez adds that “parents may suspect something is off about their child’s development, but it isn’t until he or she starts pre-school and they compare against typically-developing peers that they seek help and realize it’s autism.”

Another reason parents may hold off on screening, Rowlee says, is because they fear a diagnosis of autism, especially if it’s incorrect, will follow their child for life. She tells parents not to worry, because “as a child develops and gains skills, the diagnosis can change.” In many cases, she says, a diagnosis is necessary to access the early intervention services that lead to the most “rapid, significant and long-lasting changes.”

As organizations like CARD work to remove cultural and socioeconomic barriers to early autism diagnosis and intervention, parents are more equipped than ever to monitor their children for early red flags and advocate for screening.

Resources like the First Words Project and Autism Navigator are a starting point where parents can access information, screening tools, and videos comparing typically developing babies to those with reg flags for autism and related disabilities.

Also important, Rowlee adds, is that parents ask their child’s pediatrician for autism screenings. “The American Academy of Pediatrics recommends autism screenings for every child at 18 and 24 months,” she says. “If a pediatrician prefers to refer out, the Early Steps program provides free developmental screenings and, if necessary, services.”

Above all, Alessandri stresses, if you notice red flags, “don’t delay.” Start treatment, he advises. “Even if your child ends up not having autism, interventions can’t harm a child.”

At CARD, Alessandri has witnessed first-hand how advances in the field have given individuals with autism opportunities that never existed before. But by closing the diagnosis gap, the future of autism could be even more promising. “Earlier diagnosis leads to earlier treatment, and earlier treatment leads to better outcomes,” he says. “Everything just gets better the earlier you intervene.”